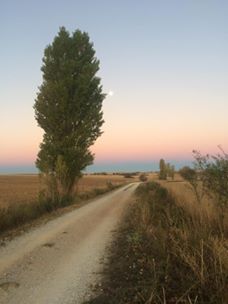 “In the beginning there was a river. The river became a road and the road branched out to the whole world. And because the road was once a river it was always hungry.
In that land of beginnings spirits mingled with the unborn. We could assume numerous forms. Many of us were birds. We knew no boundaries. There was much feasting, playing, and sorrowing. We feasted much because of the beautiful terror of eternity. We played much because we were free. And we sorrowed much because there were always those amongst us who had just returned from the world of the Living. They had returned inconsolable for all the love they had left behind, all the suffering they hadn’t redeemed, all that they hadn’t understood, and for all they had barely begun to learn before they were drawn back to the land of origins.
There was not one amongst us who looked forward to being born. We disliked the rigours of existence, the unfulfilled longings, the enshrined injustices of the world, the labyrinths of love, the ignorance of parents, the fact of dying, and the amazing indifference of the Living in the midst of the simple beauties of the universe. We feared the fearlessness of human beings, all of whom are born blind, few of whom ever learn to see.”

Sometimes we dream strange things that make us wonder if there isn’t a subversive inner self – an irrepressible and mischievous spirit within – which delights in showing us just how false are the shapes, boundaries and rules by which we lead our lives. This subversive smiling inner self seems intent on showing us that we cannot get away with restricting the freedom and the mysterious nature of human beings”

– A Way of Being Free

There is no need to panic. The intelligence that shaped the universe shaped you. There is an inner part of us, for ever obscured, for ever mysterious, which is most alive during the process of composition. And that inner part, that inner glow, is timeless, and it functions beyond time. It drinks from deep waters. It has the stillness and the dance and the radiance of the firmament. When one is most absorbed in the act of creation one almost feels that one is wandering in the great corridors of all minds. Creativity makes us part of it all. There is no genuine or creative human problem that cannot be solved if you are serene enough, humble enough, hard-working enough and if you have learned the gentle arts of concentration, visualisation and meditation. For me, tranquillity is the sign of the invisible presence of Grace.

The full potential of human creativity has not yet been tapped. Along with the ever-renewing miracle of love, this fact is one of the brightest hopes for the human race.”

– A Way of Being Free